We bought an Airstream!

Here she is, our latest trailer renovation project. I shared the above picture on social media a few weeks ago. In all honesty, this picture makes it look waaaaay better than it actually is. But here’s the thing, we’ve been on the lookout for an Airstream for years. They are so highly sought after, by the time you stumble upon an affordably priced model, it’s gone before you can pick up the phone to contact the seller. My brother sent me the link to this listing from one of his local facebook groups, which had just been posted that morning. I contacted the seller immediately and had my brother drive over a deposit that afternoon. This makes our second trailer we have bought sight unseen! We like to live on the edge.

This particular model is too small for our family to actually keep, but I love the idea of fixing up an Airstream and owning one for a few brief moments! We are actually using this project as a way to build up our kid’s savings accounts. We got such a great deal on it, we decided to talk with them about using it as an investment. We took some of their money out of savings to buy it and explained that we could probably relist it for double the price before putting any work into it, or we could spend time fixing it up and triple their money.

We’ve also officially decided to hold off until next Spring to finish it off. So for now, it will sit and wait! Here are the before pictures! The previous owner had obviously done some work himself, but we’re still trying to figure that all out. He started rewiring stuff, used a car-top carrier as an AC cover, and rebuilt some funky looking cabinets. There are some major things that need to be fixed, but I’ve got a vision for it! 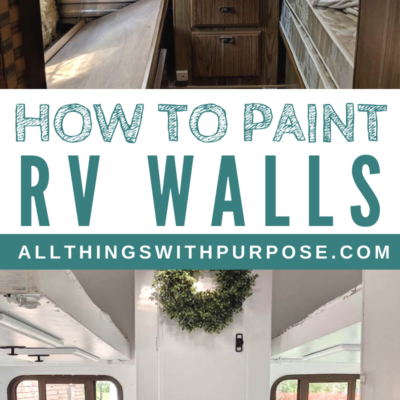 How to Paint the Interior Walls of an Old RV 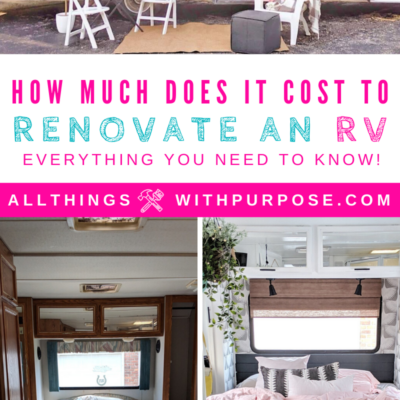 Cost Breakdown for Renovating a Camper 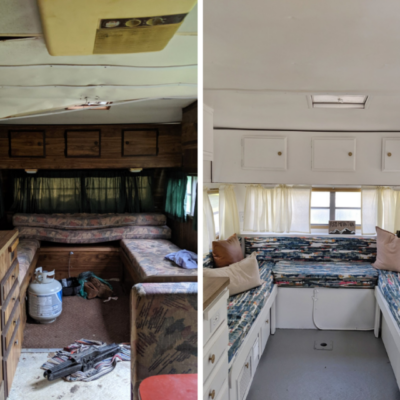 Before and After Pictures of our 1977 Vintage Camper 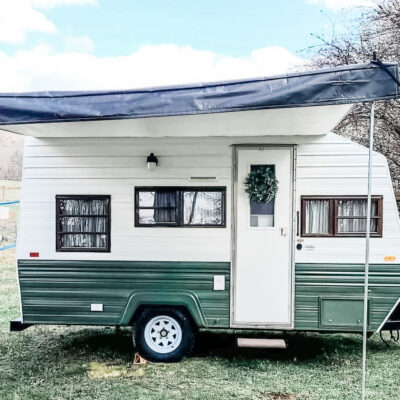 SOLD: This Tiny Vintage Trailer was Transformed Into an Adorable Home on Wheels 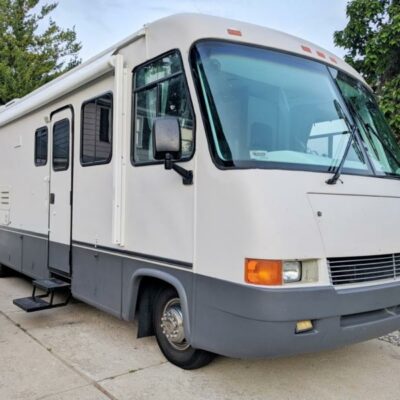 Painting the Exterior of an RV 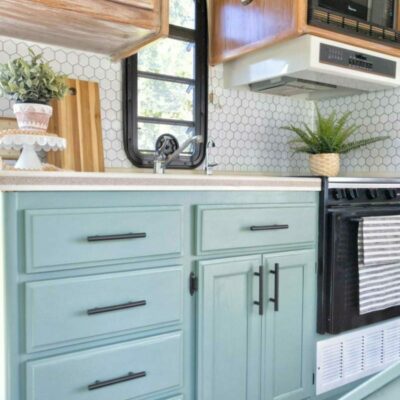 How to Bleach and White Wash Cabinets 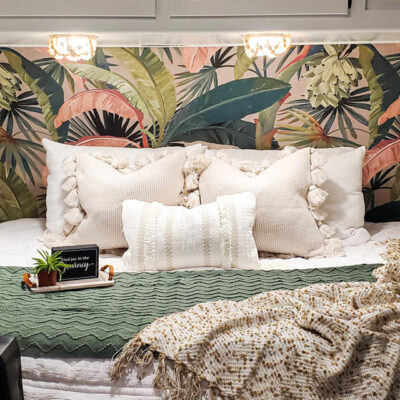