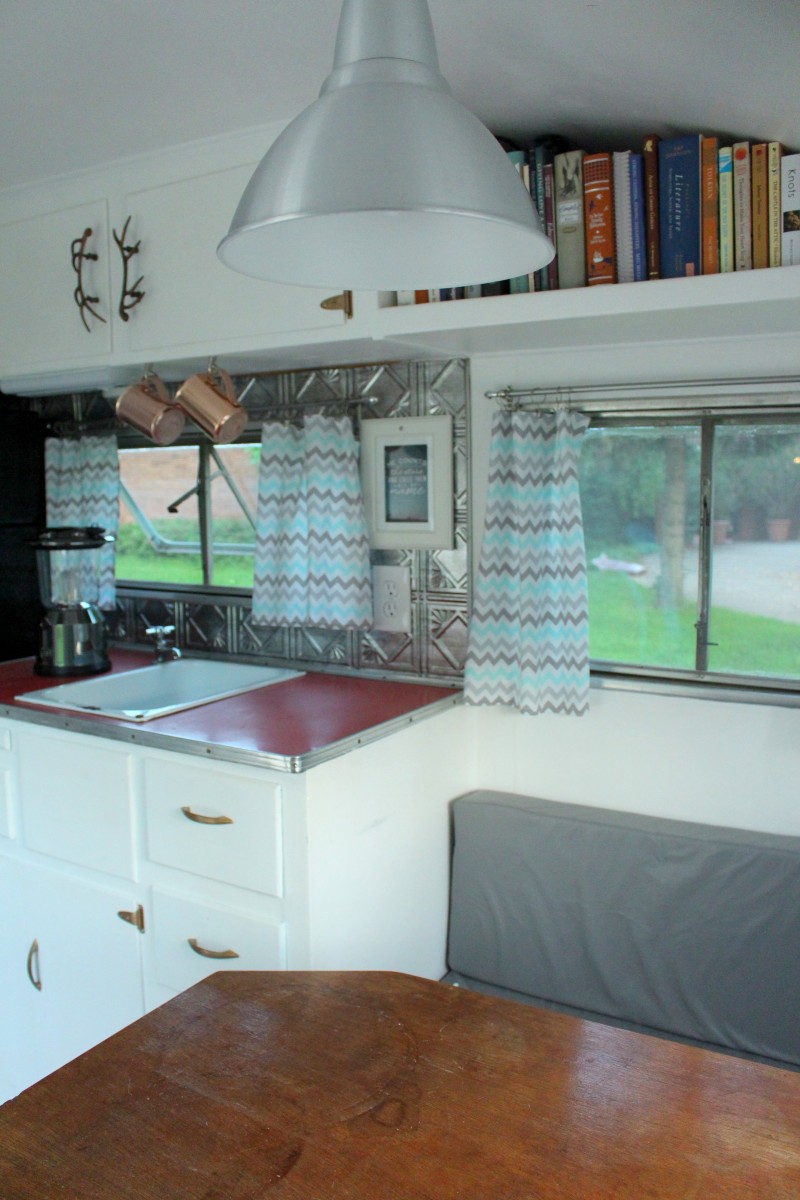 Just over a year ago, we purchased Gidget! She wasn’t much to look at, in fact she was hideous and and what most people called a “lost cause.” My mother said she wouldn’t have paid 2 cents for Gidget and both my father and father-in-law hung their heads in shame… or confusion… one or the other.

We faced so many road blocks and what we thought were dead ends. But in the end… I think you know how it turned out! 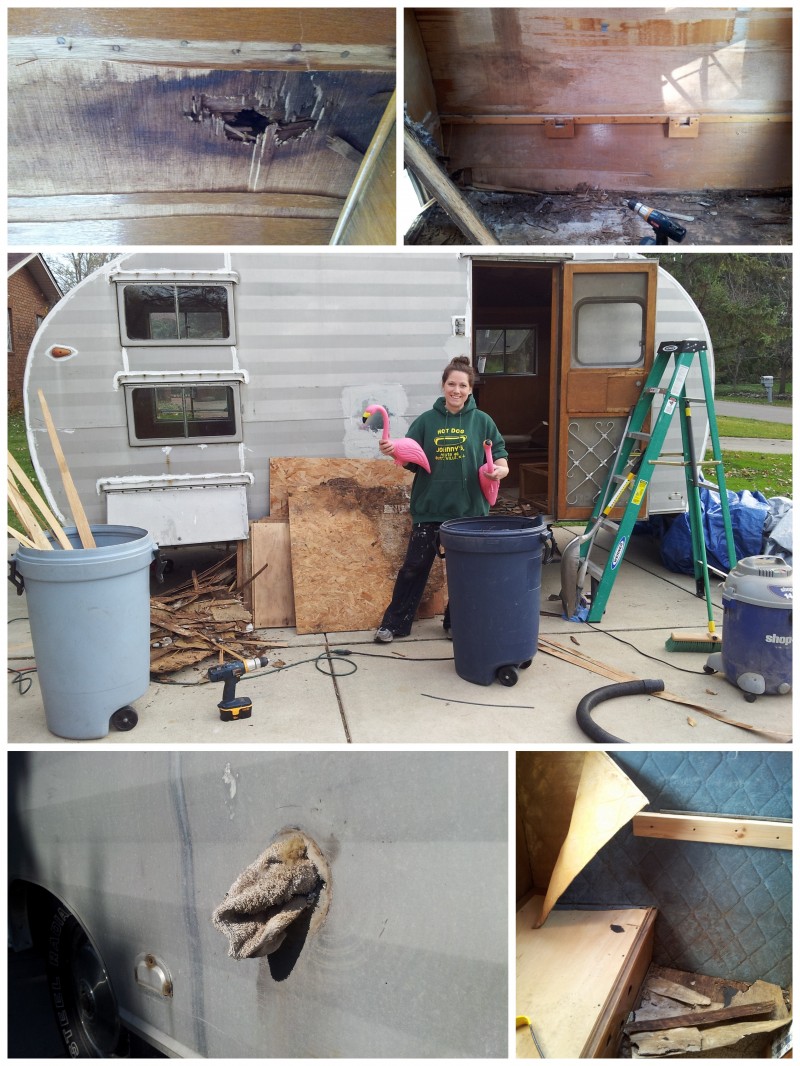 We had been searching craigslist, ebay and Tin Can Tourists for a year or so. We bought Gidget for $1,700. Upon inspection, Gidget was obviously in desperate need of repair. The frame was rusted, but we weren’t completely sure how bad. There were a couple holes filled with socks and a hole in the ceiling covered with a bucket. A door was closed with duct tape and a window was patched with cardboard. 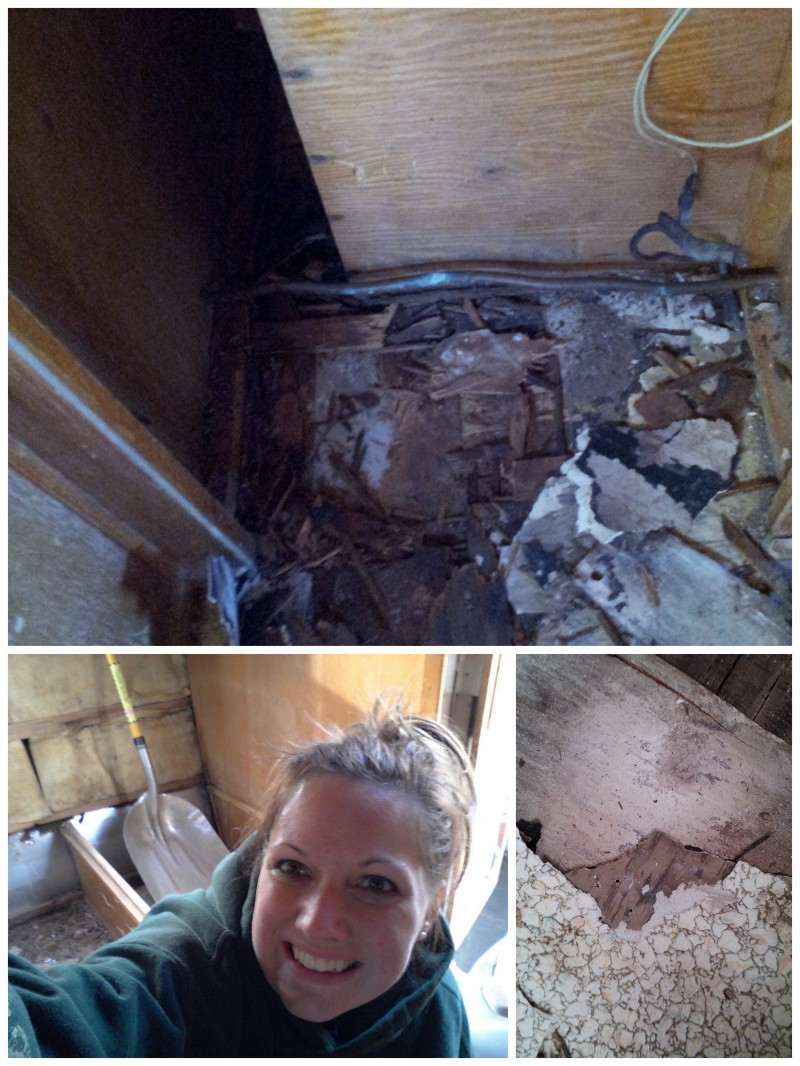 For all the details on the frame and tongue repair, see this post:
Gidget the Vintage Camper Welding and Frame Repair

I thought I’d do a quick recap of some of the most commonly asked questions I’ve received lately. 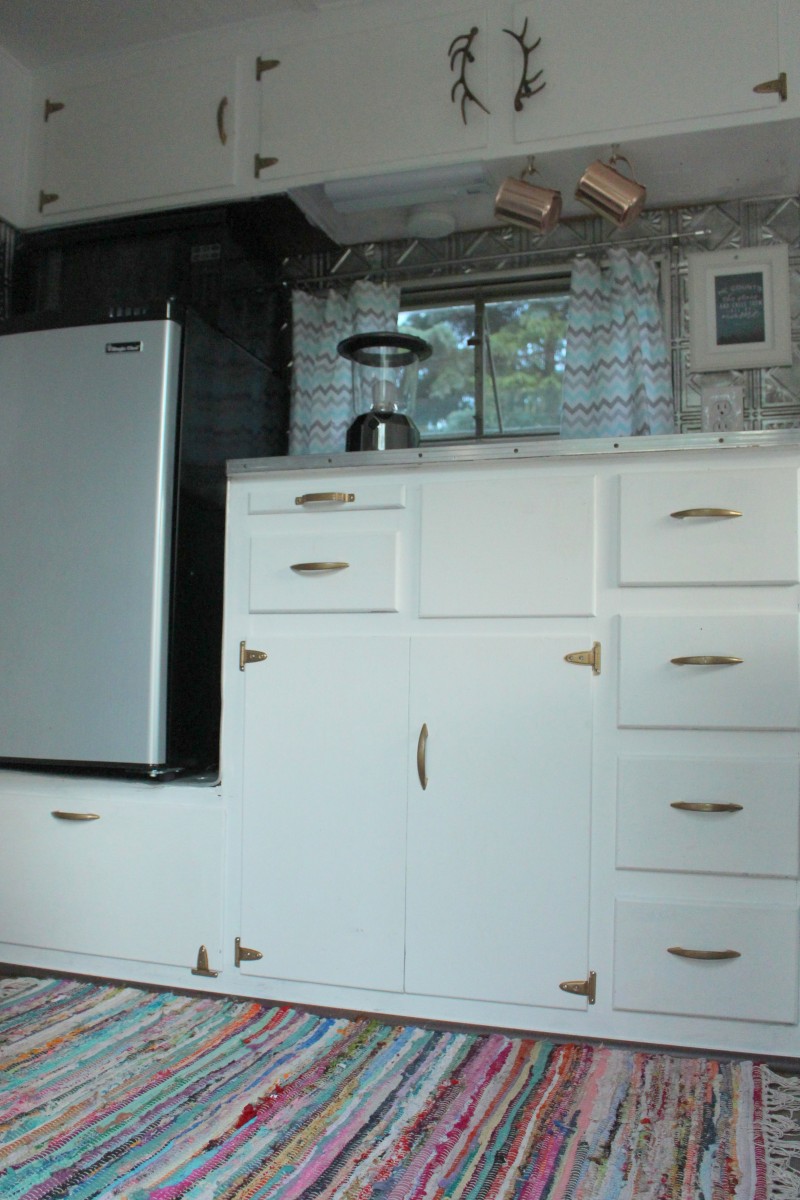 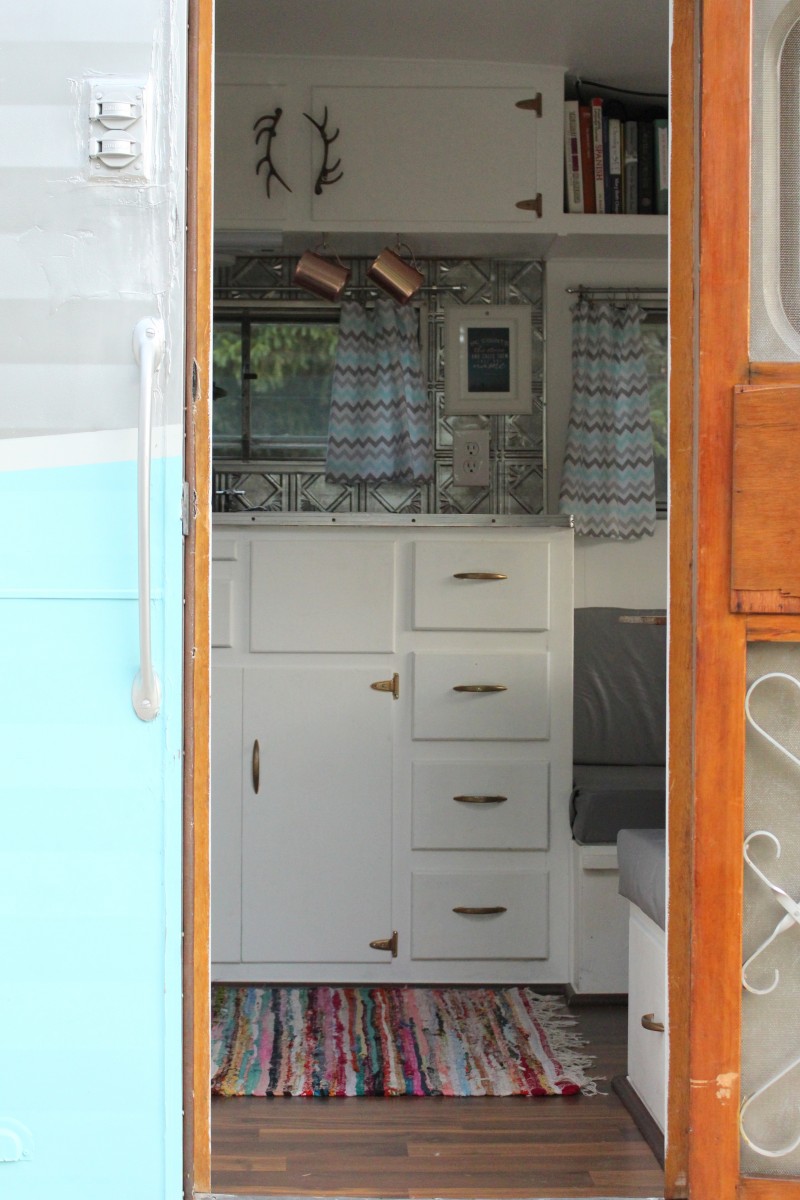 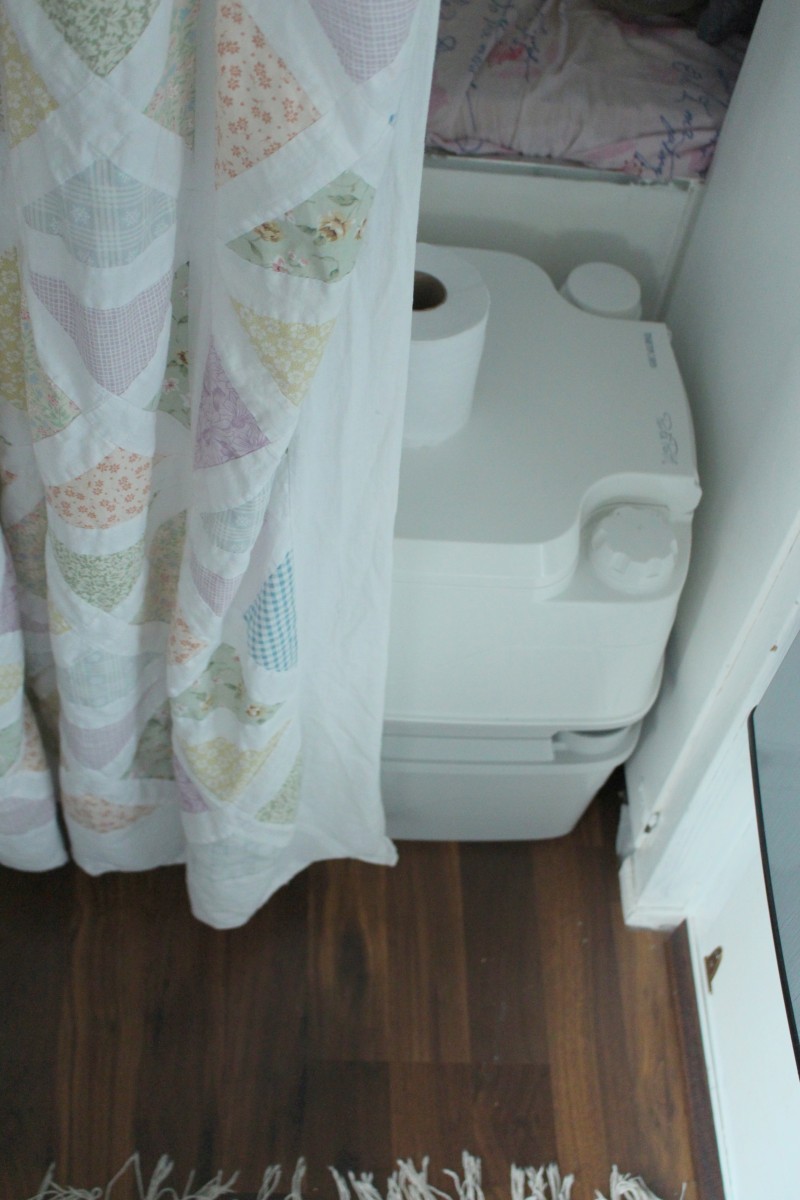 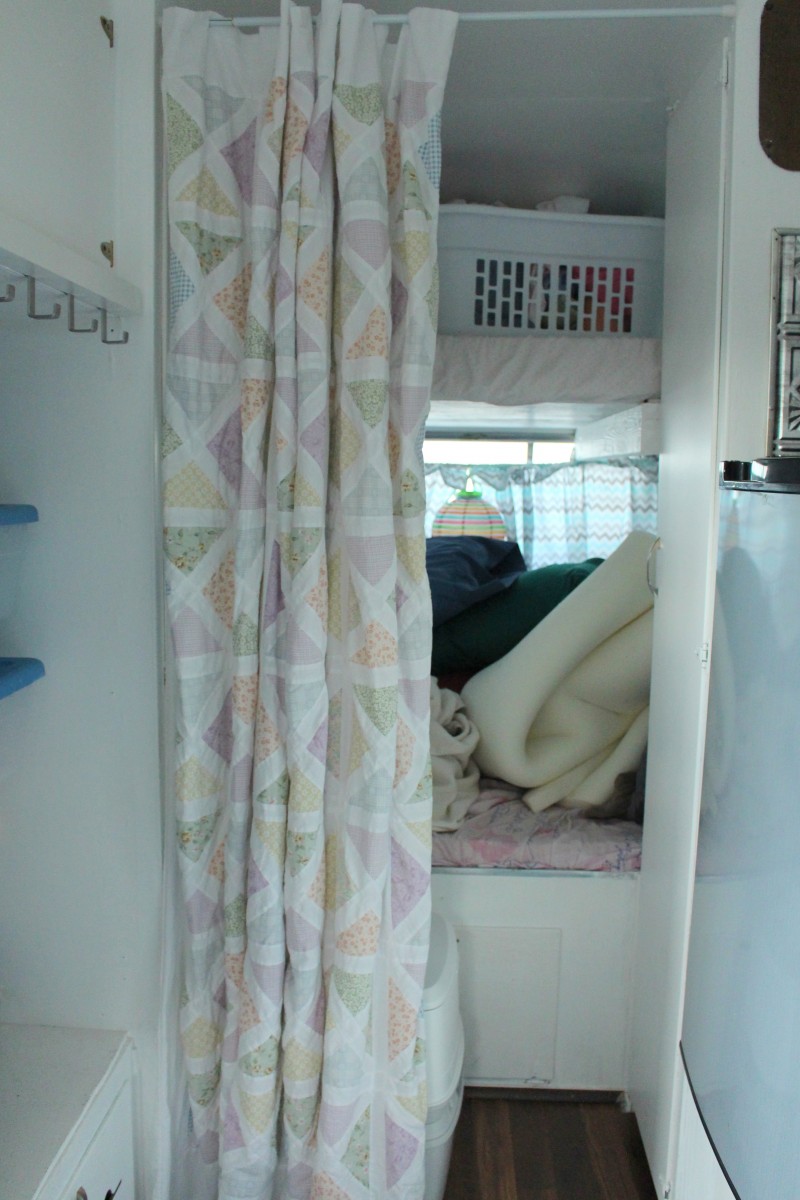 In this picture, you can kind of see how the fridge and microwave now sit where the stove used to be. To the left is where a fridge originally was. I never saw it with a fridge but know it must have been there because of the electrical wiring there and the fact that it would have originally been balanced over the axles on both sides. I now use this spot for storage and try my best to keep weight evenly distributed. 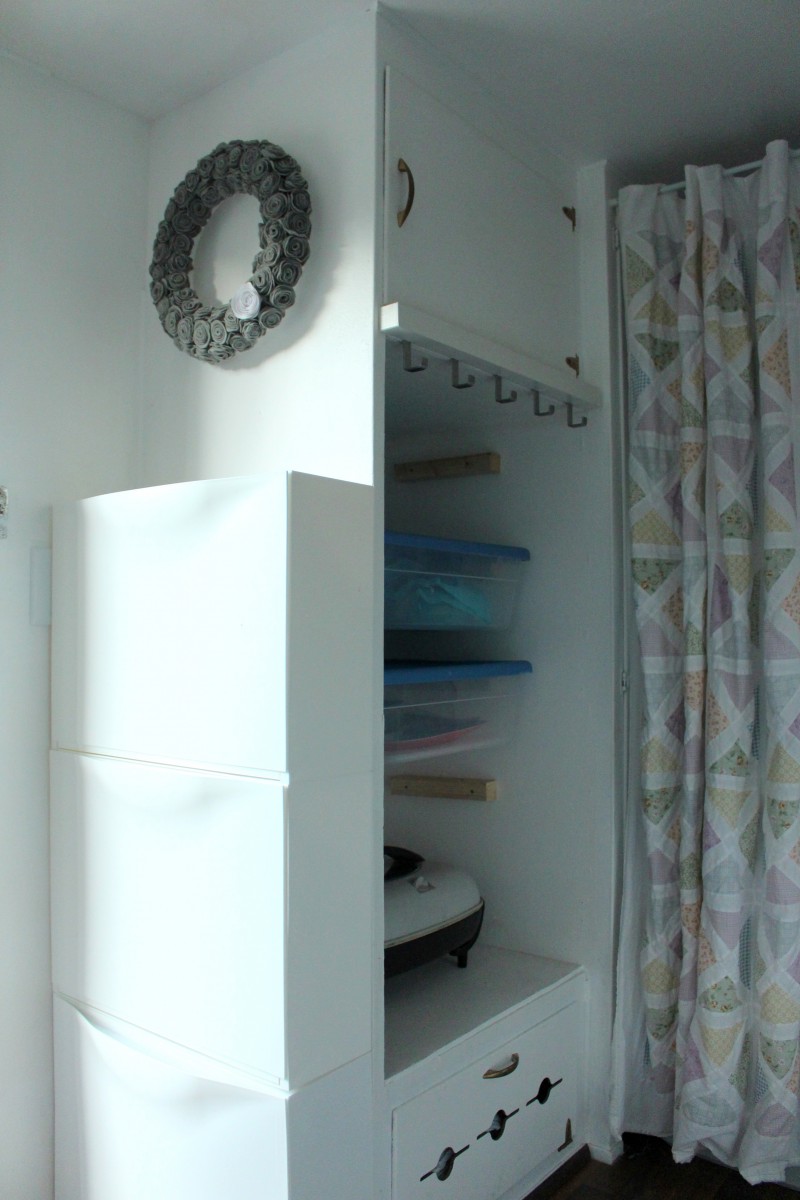 The white cabinet here is a perfect fit for storing shoes or other random things. It is from IKEA: Find it here. 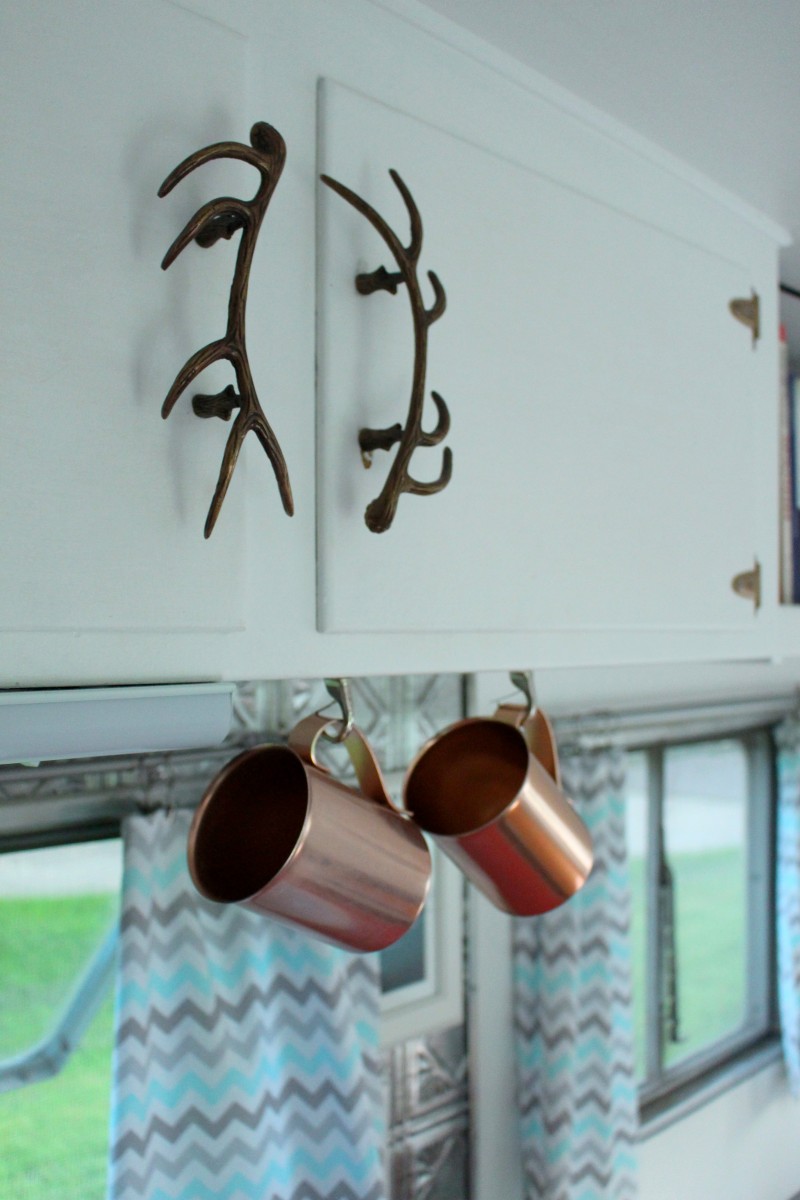 My antler door pulls are from Anthropologie and the lamp is from IKEA. 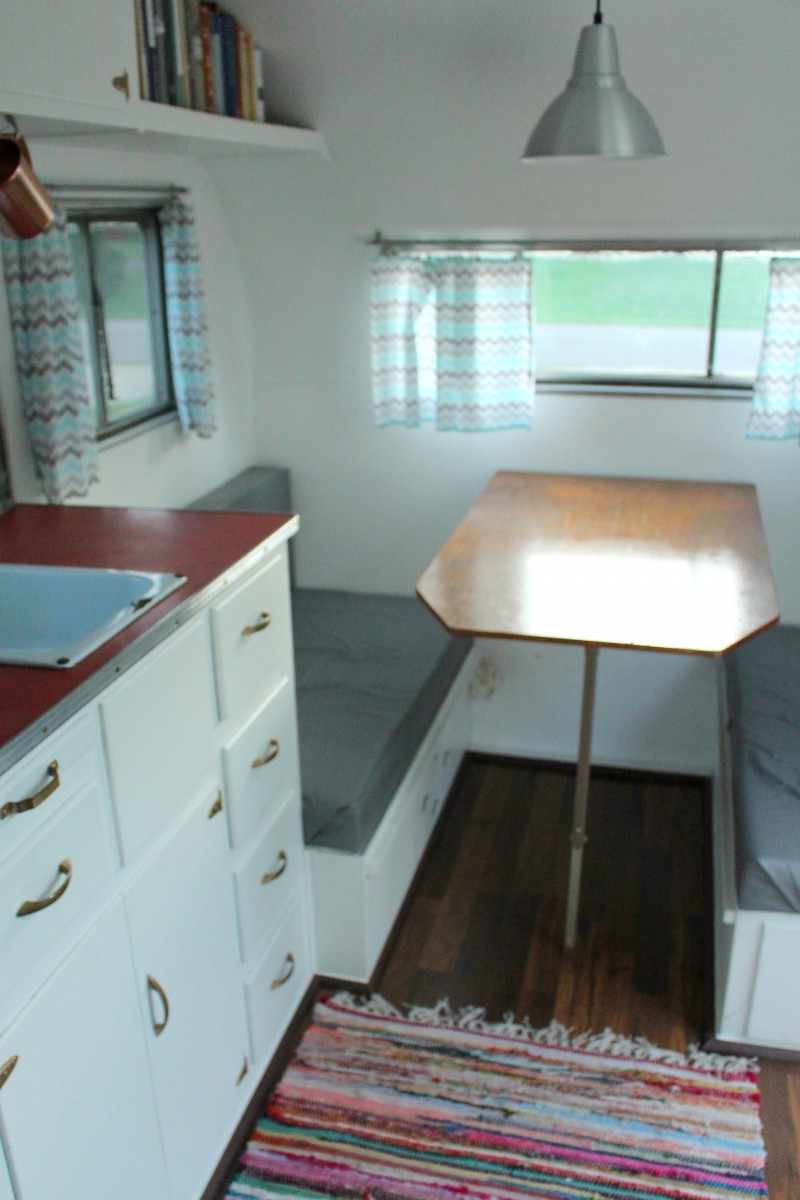 This was such a HUGE project, I am still trying to remember all the steps and things I learned along the way. Click here to see all the posts from this series: Gidget Goes Camping

Have another question?? Please ask!
I’ll add to this post as I remember things or am asked about them.

Cheese Ball and Crackers Recipe
Next Post: Stream Movies for $1 with VidAngel