Home » Blog » Holidays at Universal Orlando: Everything You Need to Know! 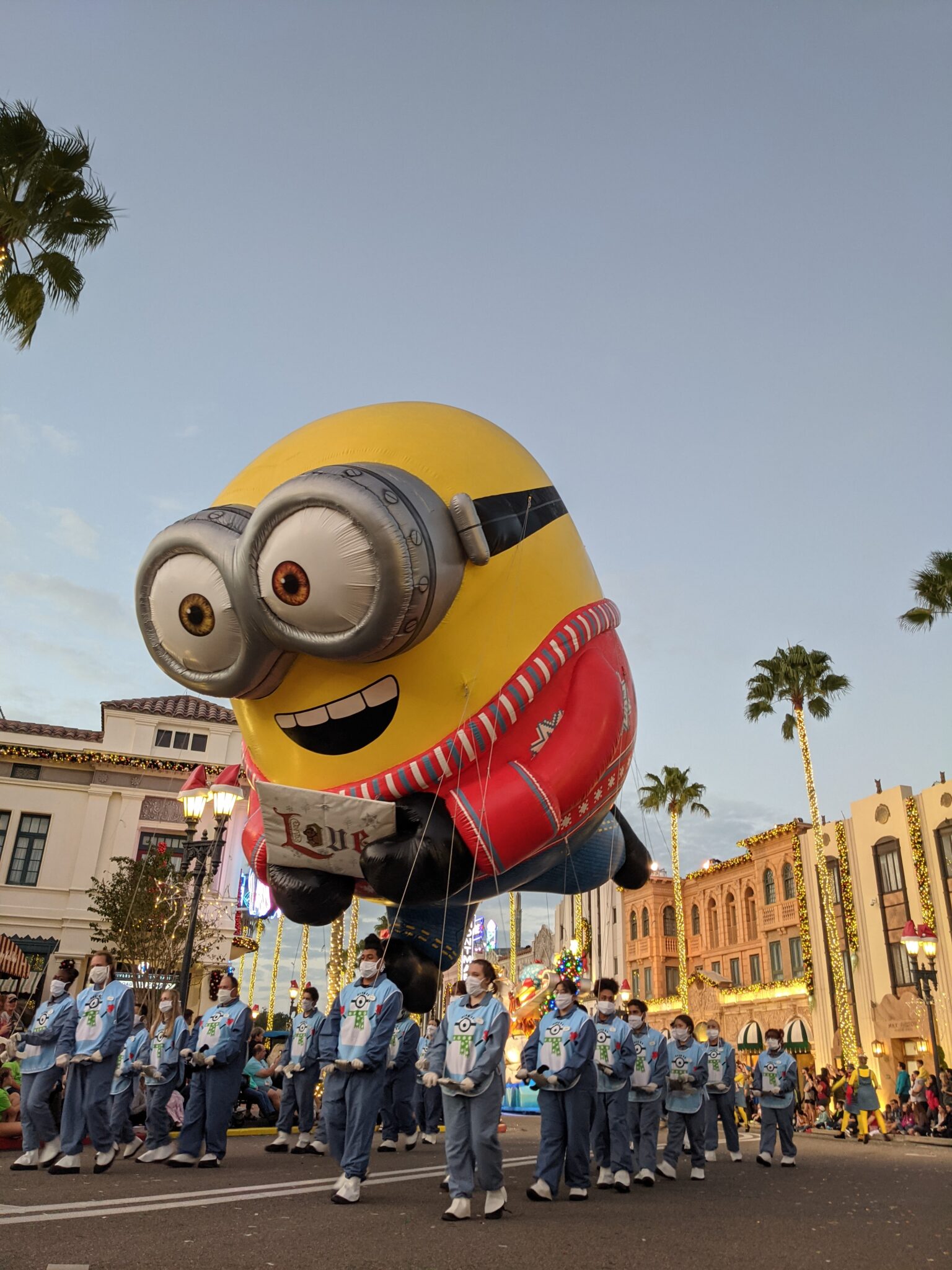 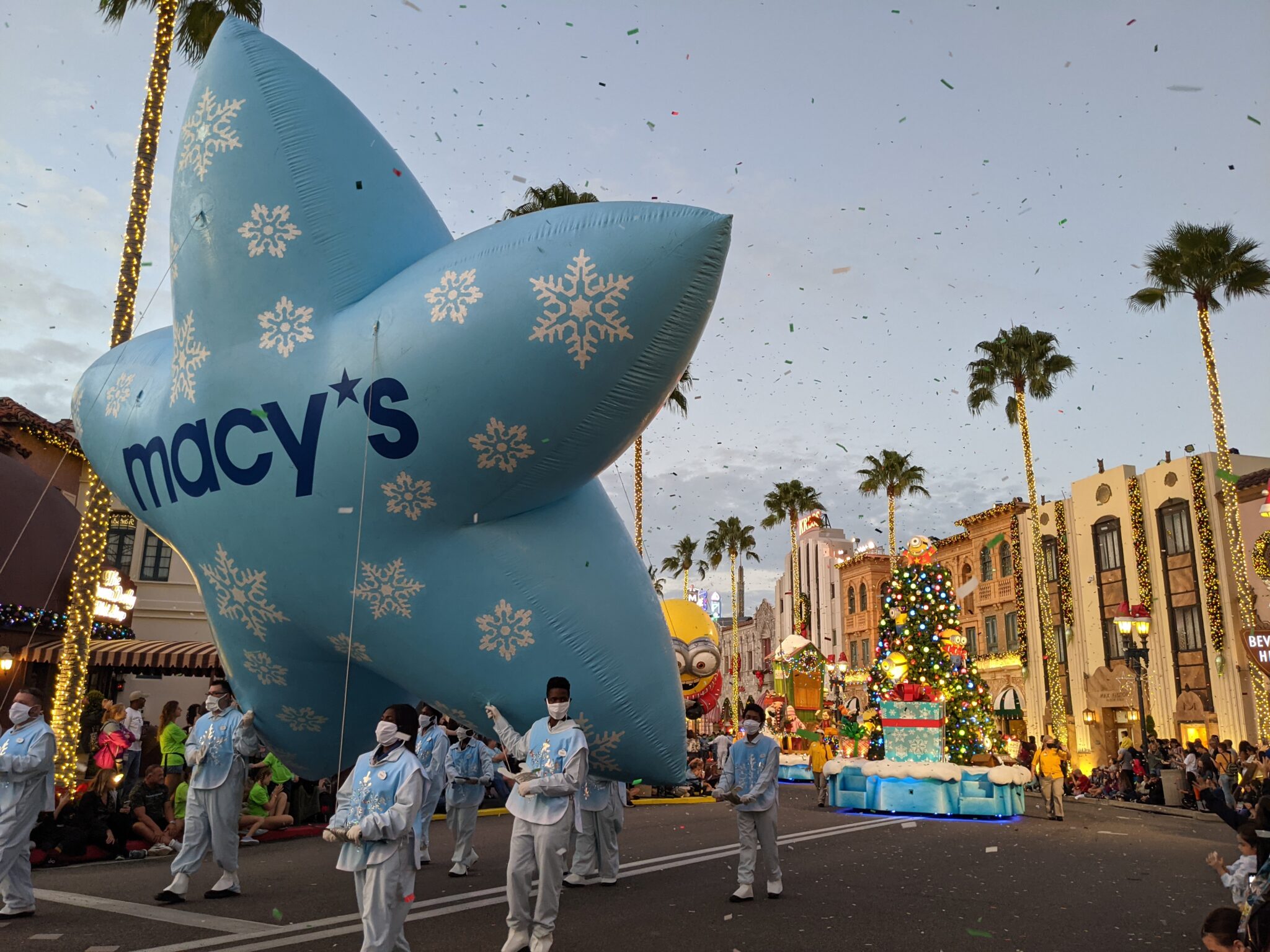 We have enjoyed a full year of annual pass life at Universal Orlando, but this Christmas season was our first time experiencing their holiday events! We purchased the entire family, annual passes last Christmas as our BIG family gift. We did a couple small things for each kid, but our annual passes were the best part. With going back and fourth to Florida all year, purchasing a house and achieving Florida resident status, we have definitely got our money’s worth. We have loved popping in during each season, but the holiday décor and special events are really spectacular! 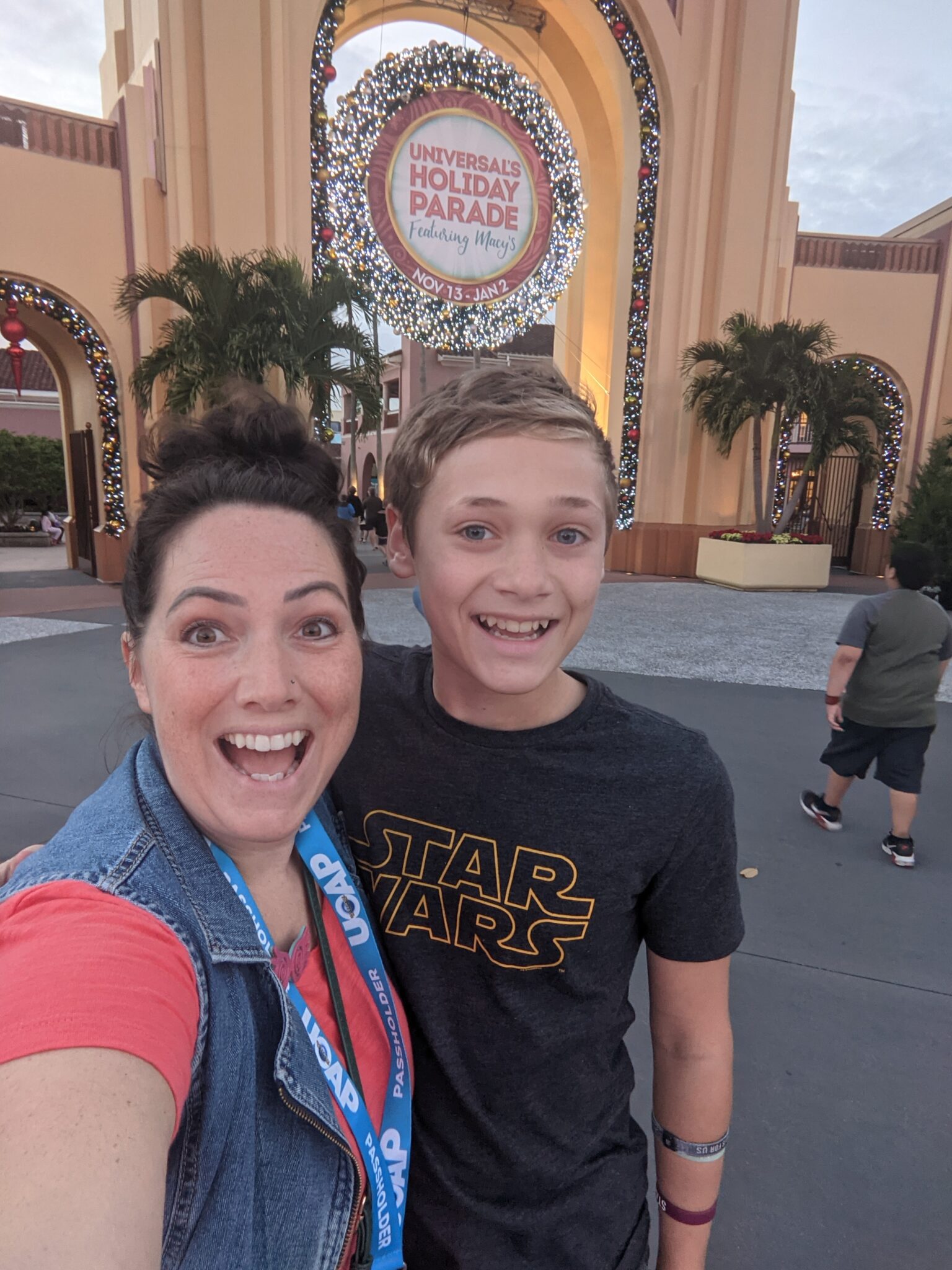 Here are the reasons you’ll want to visit Universal Orlando this holiday season!

TIP: There are LOTS of places throughout the park to view the holiday parade, but be prepared for large crowds! The parade route does a large circle around the park, but many spots will be roped off during this time. If you’re hoping to catch some rides during the parade (when wait times are usually lower), you’ll want to make sure you’re not trapped on the opposite side of where you want to be. 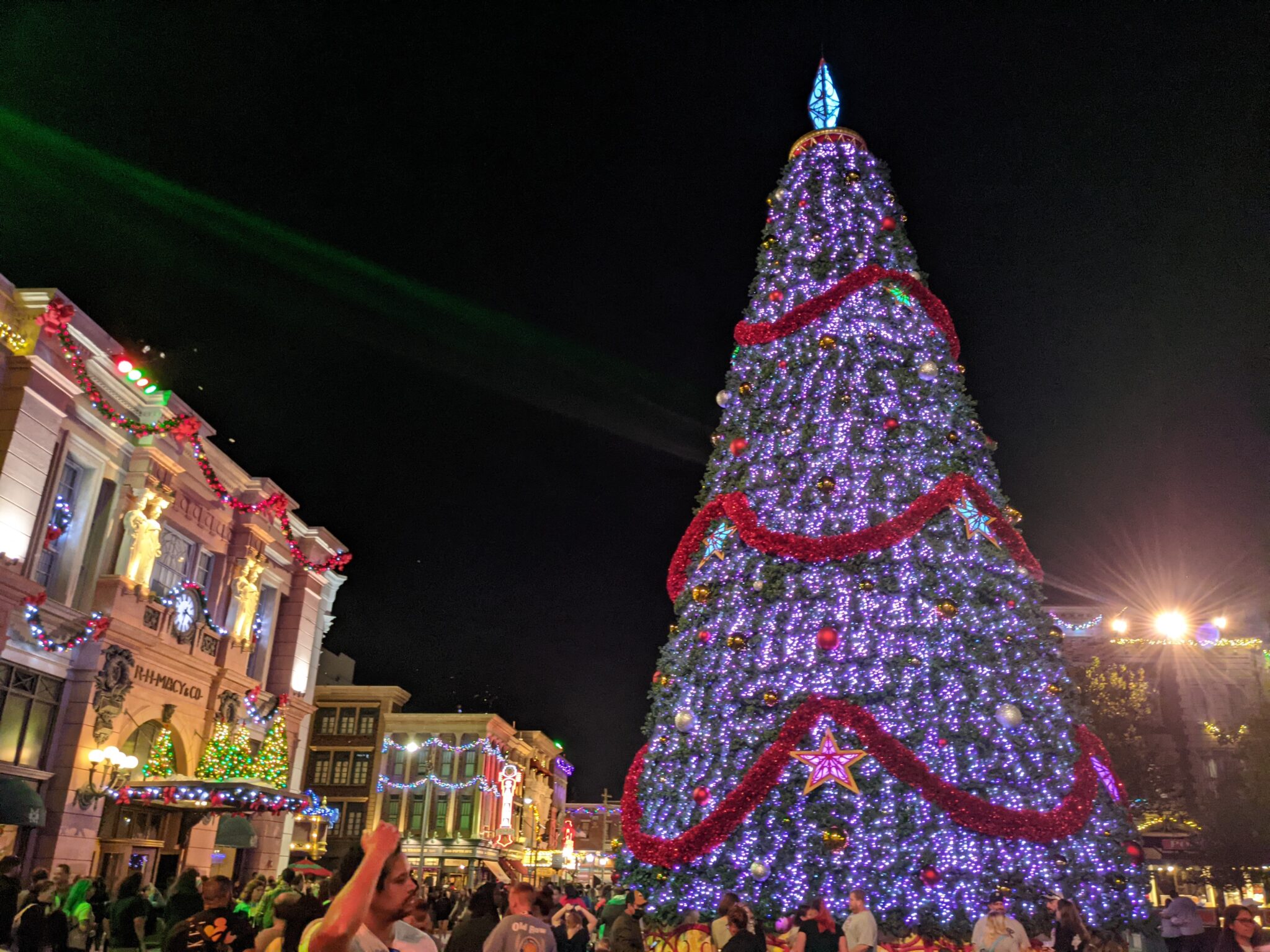 There are lots of other great reasons to visit Universal Orlando for Christmas. The decorations, music, snow flurries and special food are all very festive and fun. Here are a few of the other special events and holiday favorites: 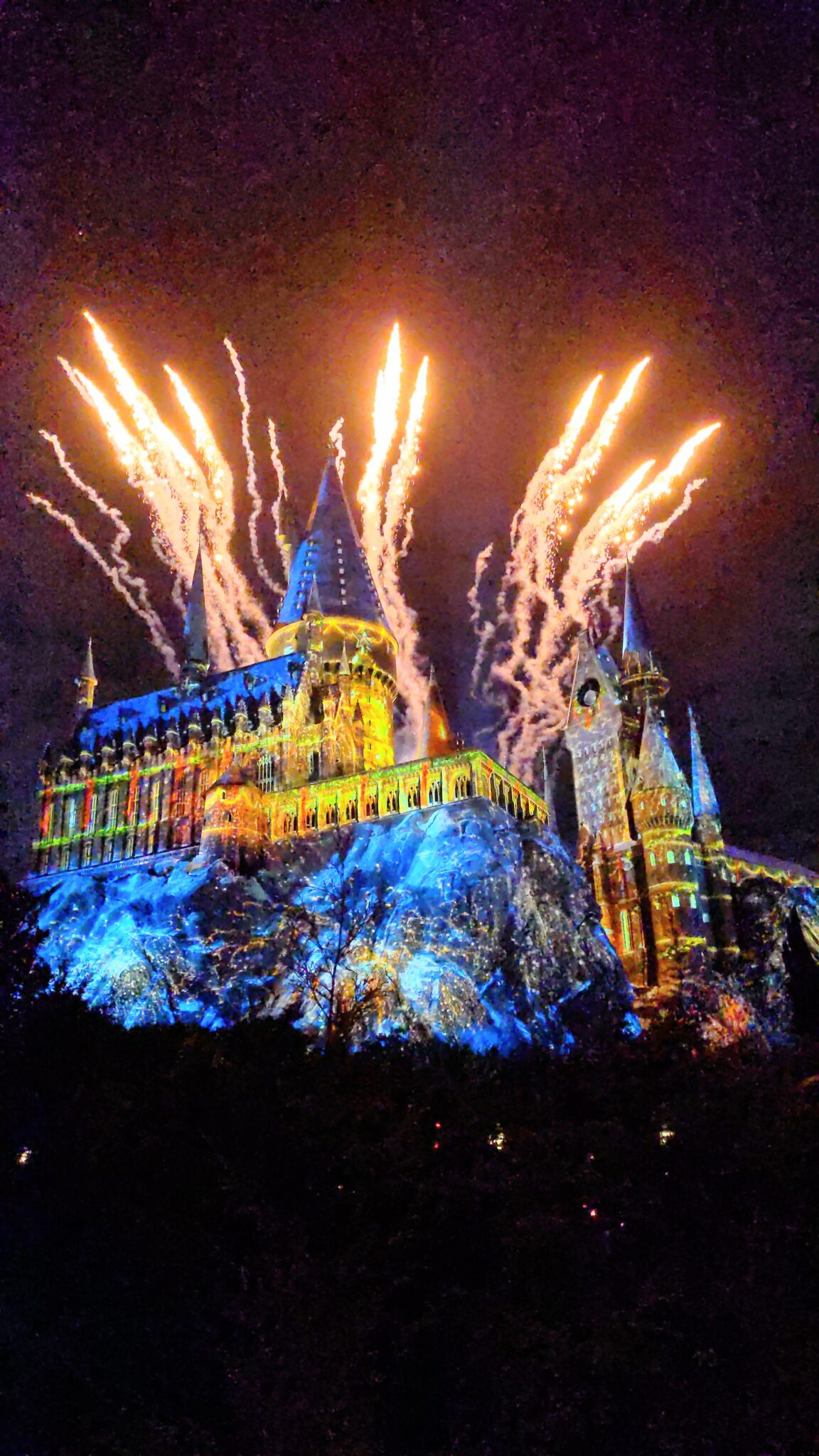 Q. When do holidays at Universal Orlando run?

A. Holidays at Universal Orlando start November 13 and run until January 2nd.

Q. Which Park should I go to and how many are there?

A. There are two theme parks at Universal Orlando: Islands of Adventure and Universal Studios, a water park (Volcano Bay) and a shopping and entertainment area called City Walk that is free to the public. You will need to purchase a separate one day ticket to get into each park, a multi-day pass or a one day pass with park-to-park privileges if you want to see things at both Islands of Adventure and Universal Studios. The parks are literally side-by-side and you can walk from one park to the next, or take the Hogwarts Express train that connects the two (you can only ride this with a ticket that gives you park-to-park privileges.

Q. What is included in my park ticket?

A. All rides and shows are included in your ticket price. The only things you may choose to pay extra for are souvenirs, food, Express Passes (to cut down on wait times) and tours.

TIP: I highly suggest downloading the Universal app before heading into the parks! Use the app to check wait times, find your favorite rides on the interactive map and check show times.