Home » Blog » The Gift of a Second Chance 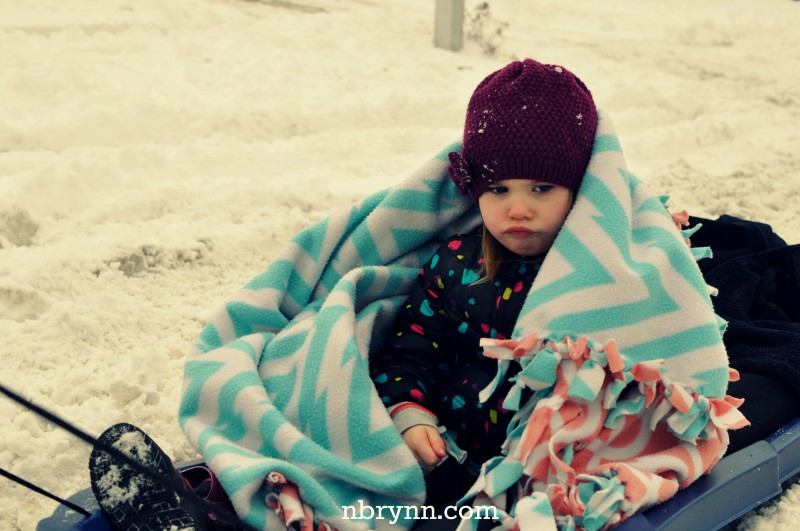 This past winter, when by January 2nd I was already claustrophobic from being stuck in the house and angry at the sight of snow, I decided to start a “Friday pool day” tradition with my kids at the local community center. We would load up with piles of towels, lots of snacks and an extra bathing suit each, in the hopes of being able to swim our summer blues away for the rest of the day!

After one such Friday, having lasted almost four hours in the water, we finally called it quits and loaded up in our van. The kids were happily snacking on cups of grapes and I was glad to be in dry, warm clothes again. As we merged onto the highway, a spiffy white SUV in the receiving lane decided to dance the do-si-do with me. Every time I sped up, he sped up; every time I slowed down, he slowed down. After several seconds of this, the driver finally stopped his dancing and decided to solve our merging dilemma by blaring his horn at me.

A bit confused and irritated, I checked my rearview mirror for oncoming cars, then slowed down to let Mr. Spiffy SUV pass on by.

The kids noticed the chaos at this point and asked, “Mama, is he honking at you? Is he teasing us?” You should know that in our house, teasing is a pretty dirty word. With toddlers only 11 months apart, we have had to drill into them that games of “See this? Want it? Too bad!” are not acceptable. Our kids have learned early that sharing and cooperation are musts in life.

As Mr. Spiffy SUV sped past – a teenage guy, probably driving his mom’s SUV – I glibly replied, “Well, he certainly doesn’t understand what it means to cooperate!”

I was finally able to merge, and we all settled back into our snacks and warmth. As we cruised down the highway, I debated for the next ten minutes whether we all had the energy to make a quick stop at our local Trader Joe’s before heading home. It would save me an extra trip out later on, but I knew we were nearing the crash-and-burn zone just prior to the kids collapsing into bed for naps. I decided to try it.

Entering the shopping complex where we would need to park, a car stopped at a stop sign suddenly zipped out into the intersection, attempting to make a left past me. I had to slam on my breaks and swerve a bit so that we missed each other. This car, full of teenage girls, jerked around us and sped on.

“Wow, people really need to learn how to drive!” I said, scowling and feeling my own crash-and-burn zone quickly approaching.

I grumpily circled around until we found a parking spot and then unloaded the kids into the sub-freezing air. 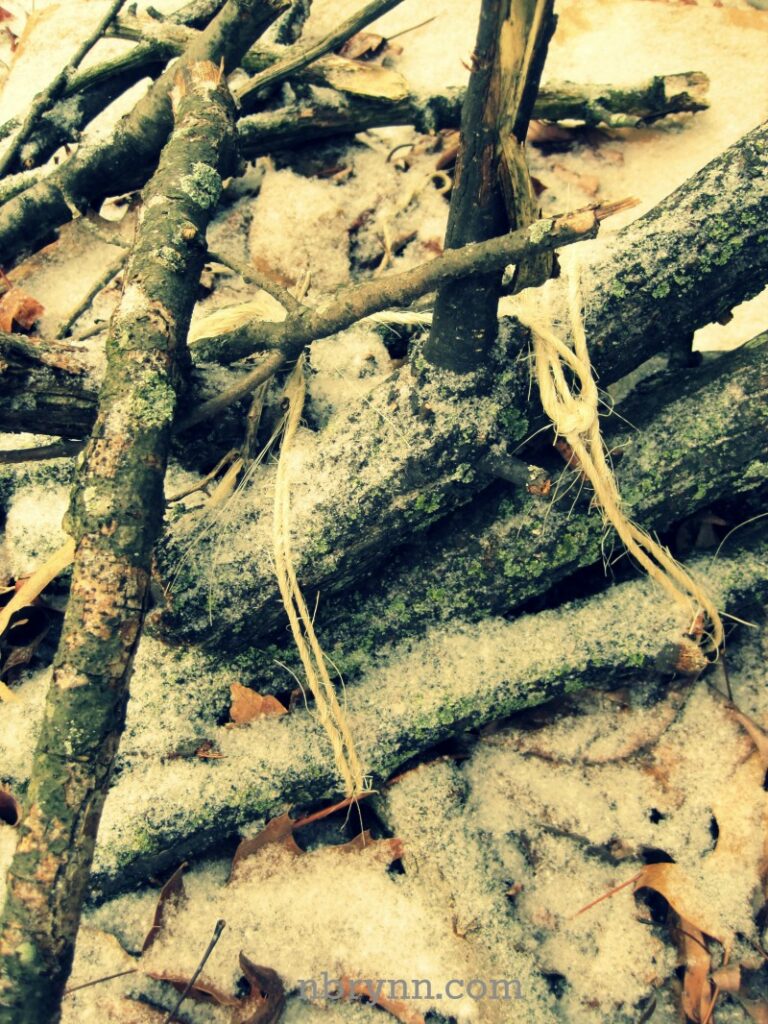 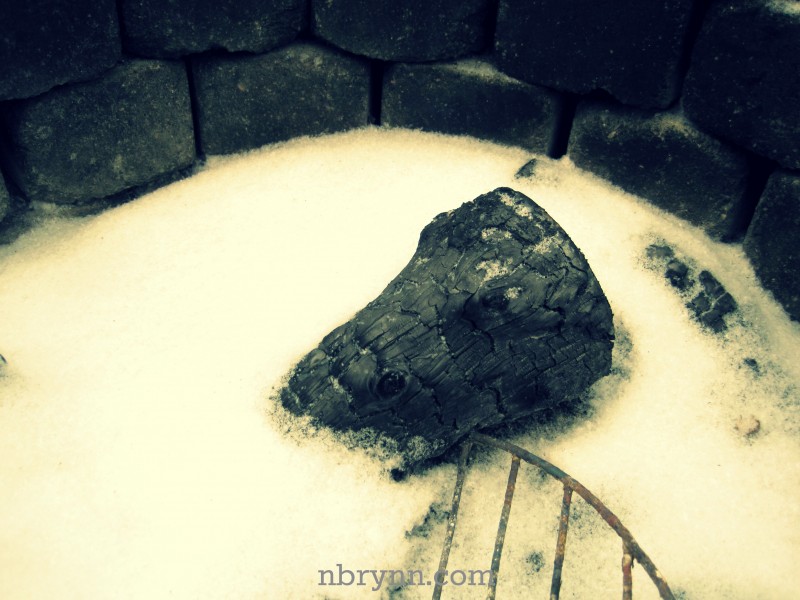 The kids were surprisingly pleasant in the grocery store, even helpful, and we were able to quickly find everything we needed, thanks to the sweet lady holding the “Can I help you?” oar. We paid. We loaded. We started for home.

At this point, everyone was exhausted. We’d pushed past nap time, despite having worn ourselves out swimming for three hours that morning. I was desperate to get home. But – wouldn’t you know – just as we were pulling out of the parking lot, an incoming car nearly swiped us as they zipped past.

After yelling, “Come on, people!” in my hangriest, mama bear voice, an odd thought suddenly dawned on me. What if some of these close encounters were partially my fault?

I mean, of course, only partially, and probably hardly at all, but maybe just a tiny bit? Maybe in my distracted snack-passing, exhausted list-checking, frantic homeward-hurrying, I had some minuscule fault to bear in these near-accidents? I agree it’s unlikely.

Still, I kept thinking, “Gosh, what if?”

And then I thought about the relationships in my life that have been strained and how obviously the fault lay in the other person’s court. But, “Gosh, what if?”

And then I thought about arguing with my husband and all the icy-silences and how desperately he owed me an apology. But, “Gosh, what if?”

And how, even God had let me down and gone silent and for years now I have waited for a word, a sign, a touch. But, “Gosh, what if?”

Later that night, as I thought about all the “Gosh, what if’s?” in my life, I remembered this beautiful quote from the beloved Thomas Merton, “The one truth that would help us begin to solve our ethical and political problems is that we are all more or less wrong, that we are all at fault, all limited and obstructed by our mixed motives, our self-deception, our greed, our self-righteousness and our tendency to aggression and hypocrisy.” I thought about all the years I was sure I knew all the answers, convinced my religious rules were neat cures to all of life’s ailments. I thought about the days, still, when I overlook the miracle of another’s soul, casting blame and criticism and judgement, rather than standing in humility and awe.

And I thought about how grateful I am for the gift of a second chance that is birthed in each new moment. 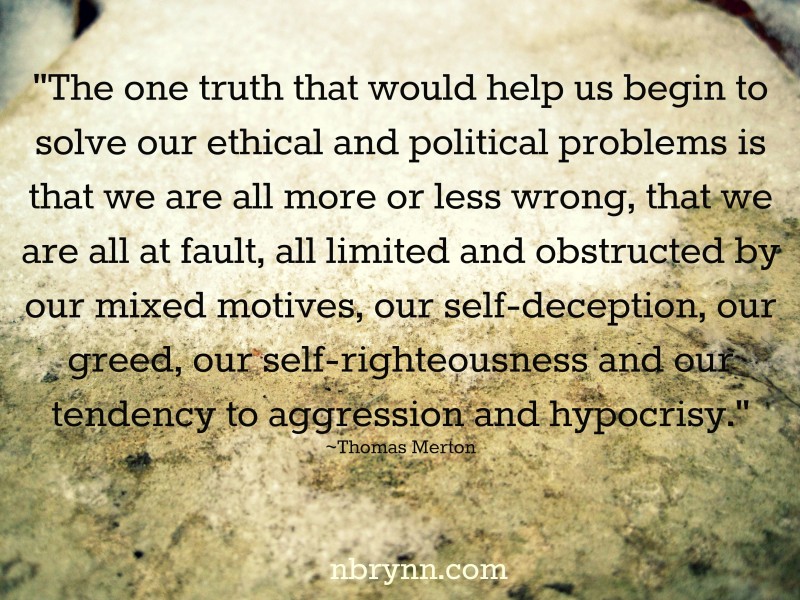